Watch the suffering in Haiti LIVE 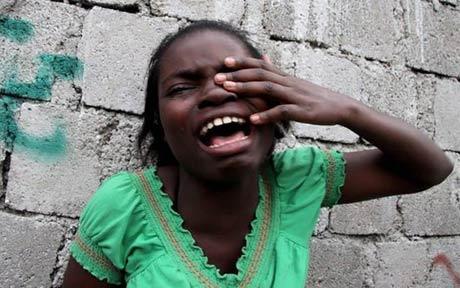 Watch the devastation in Haiti on Google Earth, declared one tweet. Another told the world that those suffering from the earthquake were ‘reaching out to the world through social media.’

Everyone seemed so upset to see the destruction and suffering on Sky News, as they went about their daily business, but 24/7 news coverage and social media can give one the false impression that the world gives two hoots.

I sometimes feel that because we are so much closer to the news these days, we think that we are somehow helping make the problem better just by following the story.

I’ve donated money this evening to UNICEF.org.uk and it would be great if you would do the same and show that we are more than just consumers of media.