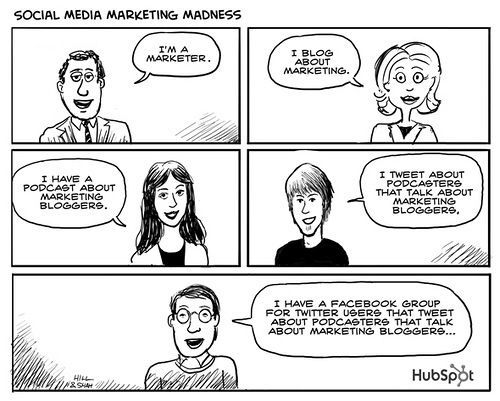 I hate the term ‘social media’ and I think we should kill it off once and for all.

It is meaningless, confusing and doesn’t convey the real concept.

Here are a few thoughts on the matter:

1. What we are really talking about is how we share information, not social media, whatever that meant.

2. Most of the ‘old’ media has incorporated elements of ‘sharing’ via the Internet, so splitting the media by old and social is inaccurate.

3. In fact, media has always been ‘social’. Talking, gossiping, letter writing and even watching TV can be a social experience where we share.

4. No media exists in isolation, each channel – TV, newspapers, Reddit or whatever – influences the other

5. Why lump blogs, forums, wikis, bookmarking, microblogging, geolocation and innovations like Stickybits together? They are all so different and some have more in common with ‘old’ media than we think.

As you can see, a compelling argument. I know I have used the term social media in the past too, but as of late it has started to annoy me.