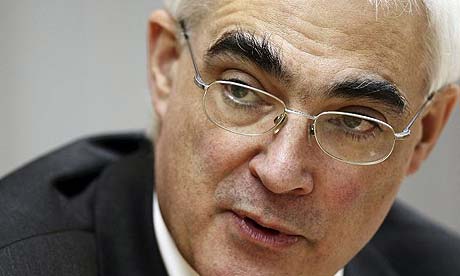 Doesn’t it seem perverse that the government is encouraging us to write a letter to RBS to “Give Up The Bonus”, when they are the major shareholder?

This campaign which last week was launched by @johnprecott seems in principle a populist move to try and attract grass roots voters from the working and middle classes. It sits nicely alongside Brown’s criticism of Cameron’s privileged Eton background.

I quite like the way @johnprescott campaigns and I have written about him on this blog before , but I think he is off the mark here.

Not only is this campaign simply electioneering, the tactic also detracts from the fact that at the G8, our Government and the Government’s around the world failed to agree adequate bonus payment ceilings to address the problem and also counter the issue of top talent leaving places like RBS for other organisations which will pay bonuses.

No one wants to see huge, vulgar bonuses being paid when there are millions unemployed but on the other hand the remuneration is fair if this is what the market is willing to pay.

There is a sense that the ship has sailed long ago at the G8 and now just picking on one bank would be handicapping an organisation which every taxpayer in the UK wants to see succeed, so it can payback the money it owes us.

For these reasons, doesn’t the Government’s “send a letter” sound wayward and shortsighted?

Even the concept of a windfall tax is insignificant. The amount raised would be next to nothing, but talk of a windfall tax plays the populist card and will perhaps attract ill-informed voters to the Labour Party, at least in the short term.