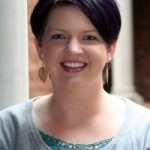 I recently contributed to a blog post by Kelli Matthews, an experienced PR practitioner from the US.

She crowdsourced comments via Twitter for a blog post aimed at PR graduates called Six Pieces of Media Relations Advice for the Newbies.

My advice for graduates embarking on their first major media sell in was simple: “pick up the phone.”

I’ve found many graduates these days rely on emailing journalists and some almost seem scared to pick up the phone. The discipline is called media relations after all, and how can you have a relationship with someone if you’ve never spoken to them?

Kelli has just under ten years of public relations experience; the last seven as the director of a full-service public relations, marketing and design agency. Her six years of work with undergraduate and graduate students at the University of Oregon’sSchool of Journalism & Communication has required her to stay on the cutting edge of research and practice in public relations.