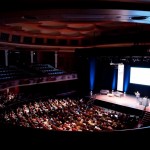 Is social media a ranking factor? At the Ask the Ex-Googlers Anything session at BrightonSEO, the consensus seemed to be ‘no’. When asked ‘how important is social media as a ranking factor?,’ Alfredo Pulvirenti, SEO Team Leader at StepStone Group, said ‘social media won’t help’. The rest of the panel agreed, although this was clarified with the speakers deciding that social signals might help in a very small way (perhaps by as little as 1% of the total ranking factors). According to the panel, Google is still trying to figure out what to do with social data. While Google+ might be useful for authorship and could be a ranking factor in the future, the search engine doesn’t really use information from tweets, +1s and Facebook updates. Social media was still deemed valuable, because of the reputational benefits and referral traffic. There was also an acknowledgement that it is worth using Google+ now so when Google does start using the data your clients’ website will be in an advantageous position I must admit that I have seen little evidence of social influencing search, bar recent changes in authorship that have seen some pages promoted due to use of Google+. There is the ongoing debate about correlation and causation. i.e. do social signals drive rankings or do good websites with great content naturally attract shares. The latter being more probably in my opinion.

The Googlers findings fly in the face of other research which is in the public domain. SEOmoz research (albeit an old report circa 2011) says on page social signals comprise up to 7% of search ranking signals. Searchmetrics had the influence of Facebook shares much higher still in their report but if you reread there blog post very carefully they talk about correlation not causation. So, who do we believe? I caught up with a number of SEOs, none of whom thought social media was a ranking factor.

Joost de Valk, founder of Yoast was the first person to actually tackle the approach taken by SEOmoz and Searchmetrics to the research, “So, in my view, good social engagement on a post is *bound* to lead to more links to that post, which causes higher rankings. But that might only be true for a certain set of pages. Other pages might do very well in search and get good social engagement because of that… “So, the problem with both the SEOmoz and the SearchMetrics research lie in that they don’t know the direction of causality, because it might be different per URL. In the end, great content ranks because it is great content. Great content gets links and social engagement and because of the links, it gets good rankings. Whether Google counts links that are tweeted as links or not, I don’t really know, but it doesn’t really matter either.

Bas Van Den Beld, chief editor of State of Digital explains, “The problem with looking at social as a ranking factor is that it is talking about the wrong angles. When it comes to social and search its less about factors that determine a generic ranking but more about what is shown on personalised results.   “It’s about much more than rankings.”

Kelvin Newman, founder of BrightonSEO and strategy director at Site Visibility, added, “Search and social metrics are correlated it’s just that social signals don’t ’cause’ the higher rankings. Which makes sense doesn’t it? Stuff that gets widely socially shared is ‘good’ and things that are ‘good’ gets links and Google wants to try and rank things that are ‘good’ “I think we should be seeking to produce things that get widely socially shared not because the shares lead to rankings but because if it’s socially popular the other metrics like traffic and links might well fall into place.”

Simon Wharton, managing director of PushON, said, “You can certainly see the correlation between online chatter leading to links. If something is talkable, it’s much likely to be linkable especially if you are talking about it in the right circles. That’s social media but it’s nothing new to SEOs. Is it a ranking factor? SEOMoz and Searchmetrics say yes, ex Googlers say not. Personally I certainly think that if it isn’t, it soon will be.”

David Taylor, managing director of Coffeepot Digital, said, “I don’t believe that social signals are ranking factor – yet. If you are doing a good job with your site and people want to share your content, it is most likely to happen on Facebook or Twitter. “Much like PageRank, I currently see social as a signal or reflection that whatever you are doing is right and the reason you are gaining rankings – an effect not a cause. “The Coffeepot Digital website is an interesting example. The site is currently a holding page – I know, but I’m too busy with clients. I created Twitter, Facebook & Foursquare accounts. However it was the creation & verification of the Google+ page that got my site ranking ahead of Amazon’s adverts for Coffee pots. The only social that seemed to count was Google’s own product. “In short, I don’t believe good social is a ranking factor, although Google’s products might have some very low level impact. The by-products of good social strategy are ranking factors rather than social media itself. Google is definitely looking to push its own social agenda and Google plus signals are a factor and will continue to gain importance.

Other noteworthy points made during Ask the Googlers Anything the session

One of the ex-Google panel said that his core recommendation on link building was is not to employ a SEO agency but to use a PR firm or ex-journalists who can write expert content (as a PR person this raised a smile – especially as I use SEO agencies for my own site’s visibility). Link building post Penguin remains ‘content led’, and the panel seem to be towing the Google party line… The panel suggested that SEO campaigns should “tackle people’s problems rather than being overly promotion.” Again as a PR person this seemed obvious and it’s been basic tenet of thought leadership PR for as long as I can remember. Now is the time to do ‘thought leadership’ digitally, it seems.