PR Agency One is officially best at media relations

So, it was another awards night and another success for PR Agency One when the PRmoment Awards came to the Hilton, Deansgate last night (Thur).

Despite the changes that have occurred in the PR and media worlds in the past decade, the success of any campaign still comes down to how well your agency can manage the media and the relationships it has developed over the years.

Media relations is a skill we particularly pride ourselves on so it was no surprise that we won top prize for Media Relations Campaign of the Year for our work with DronesDirect. 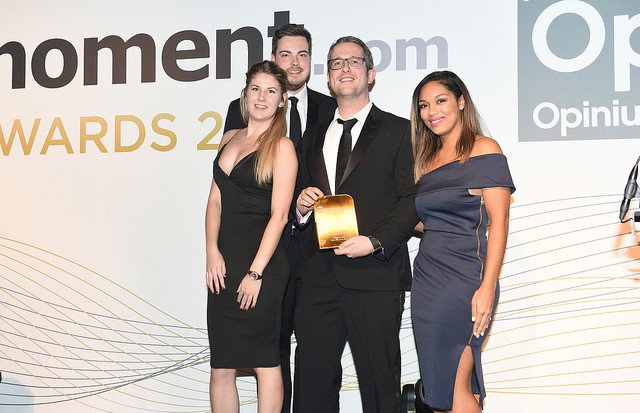 If you’ve been paying attention to the National newspapers lately (Forbes, Guardian or Independent to name a few) you’ve probably seen some of the results we generated for this campaign, including stories about:
• Wedding drones
• Fishing drones
• The world’s most expensive drone (a 20k luxury gold plated model, in case you were wondering)
• A drone that could decorate your Christmas tree

We won’t bang on about it too much, needless to say, it grabbed the attention of the media and the public, plus a 93 person judging panel and more than 300 other PR people.

At PR Agency One we know our work speaks for itself, so we don’t feel the need to brag (too much) but this is now the sixth PRmoment award we’ve won in the past four years – some would call that a habit of winning, we call it being consistent. 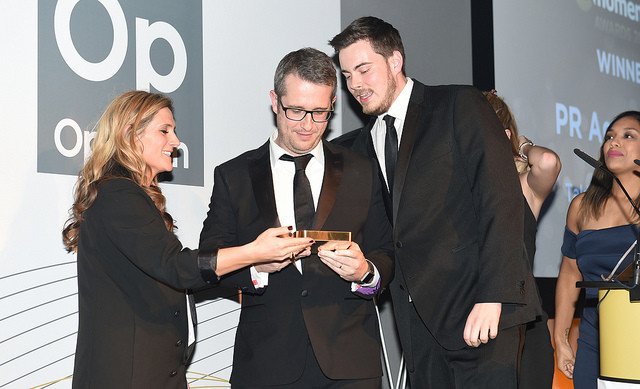 As for the awards night itself, needless to say it was another standout occasion in the PR calendar, and PRmoment and all the sponsors deserve a lot of credit for the atmosphere and spectacle they created.

There are a few sore heads in the office this morning (there’s something about winning that makes that more likely), but nothing that the creation of more award-winning campaigns won’t fix.

And, as always, we want to give a shout out to the other winners and those shortlisted last night who keep us on our toes and make sure we’re always at our best.