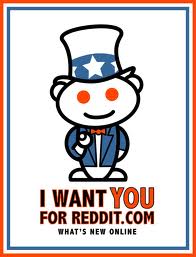 Reddit is one of the biggest social news sites on the internet. If a story is up-voted on Reddit the resulting interest and site traffic is huge. Don’t believe me? Well here are some stats.

Given the site’s influence, you’d think that use of Reddit would be a priority for the public relations industry?

So why then are there so few PR people reading and contributing to the PR sub Reddit? Twitter is crawling with public relations people, literally teeming with us, the blogosphere is packed with consultants, but when it comes to Reddit… nothing.

Is the problem because of the sub Reddit’s lack of profile? The sub Reddit has been tweeted about and questions have been asked about its use on Quora, yet feedback has been zero.

Could the lack of use be because:
1. PR people don’t know that the sub Reddit exists
2. They are all using Digg (!)
3. The industry doesn’t see any value in social news sites (!!)

I’m baffled, so this is a call to action: “use the sub Reddit.” Read the Reddiquette and don’t be a spammer.