Crisis? What Crisis? We want your crisis PR management tips 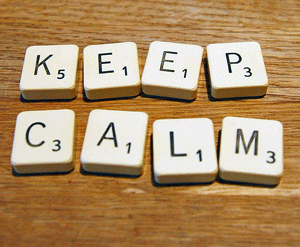 Crisis PR management makes or breaks reputations. Get things right and you could win anything from a new-found respect to additional customers. Get things wrong and you could be looking at a basic loss of trust and a sense that you simply don’t know what you’re doing.

As well as raising the profile of our clients, we sometimes have to keep issues out of the public gaze and, whatever sector a business is based in, there exists the danger of a crisis rearing its ugly head.

Never has bad news been able to travel quite as fast as it does now, so it’s hugely important to prepare and be aware of how to handle something going wrong. If you react well to the crisis then the positive messages about you will travel quickly too.

We’ve put together a few pointers about crisis management but we know there are more and want to hear from you. If you have any top tips on dealing with crisis situations, please leave them in the comments or tweet us @pragencyone.

As a starting point, you need to know what a crisis actually consists of. What could be the worst thing that could happen to your company? Find out and then work backwards from that to look at other different scenarios.

Next, remember that failing to prepare is preparing to fail. There’s a reason that well-known saying has stayed with us and it’s particularly applicable to crisis management.

Ensuring you’re ready for a crisis isn’t a quick task – and nor should it be. Assume that everything that could go wrong, will go wrong and then think of other things that might go wrong too.

A crisis comes in many unexpected forms so put in place systems and procedures to deal with things quickly and efficiently.

Know who will be part of your crisis PR team, what role each person will assume (including that of spokesperson, along with a deputy in case that spokesperson is on holiday) and have an easy-to-access list of contact names and numbers. If people need to be media trained, train them.

Make sure you have a system in place to deal with issues 24/7. News never stops and in many sectors, crises can start at the weekend, on a Bank Holiday or in the early hours of the morning.

Identify your stakeholders, be they politicians, councillors, community groups or local radio stations. You may already have these listed – if so, make sure that list is up to date.

Prepare and examine your potential responses and questions you could face in advance of a crisis where possible, tailoring them to particular scenarios. You’ll be ready to respond speedily if and when a crisis occurs rather than panicking and remaining silent while doing so. Saying something is better than saying nothing – as long as it’s the right thing of course. Not commenting at all really isn’t an option.

The first 24 hours of a crisis are crucial and will be where your best laid plans pay off. Responding effectively and in good time is crucial, as is being ready for two-way conversations and engaging with your stakeholders.

You might not know all the details and might not be able to go public with all of them until they’re confirmed but that doesn’t mean you should approach dialogue as if you’ve got something to hide – people demand transparency, so try to be as lucid as possible.

Along with your external stakeholders, don’t forget your greatest potential advocate – your own employees. Keeping them informed is essential, including on a purely practical level. Everyone should know what the situation is in order to avoid the perception that the left hand doesn’t know what the right hand is doing.

Lastly (from us anyway) – always think one step ahead. Crises develop and can move on. Consider the next stage and prepare for what might happen.