Does it matter if The Guardian is the ‘king of the search engine?’

“The Guardian is the king of the search engines while the Telegraph and Mail Online are slugging it out for second place.”

Well, that’s what the headline might have read if I had only look at top-line SearchMetrics statistics, which shows the Guardian way out ahead of the other UK newspapers.  The data, shown below in fig. 1., made us wonder. If it was true then just why are the reported page views at the Guardian so low when compared to the Mail?  Is search such a a small fraction of total site visits?

The inspiration for this post came today while I was having a heated discussion with a colleague about which online newspaper has the most search traffic and we were all surprised to see just how far the Guardian was ahead of the Mail Online in terms of search engine visibility. This seemed counter intuitive because anyone in PR can tell you that The Mail Online recently reached 199.4 million unique monthly visitors in December 2014, compared to The Guardian’s 8.2m unique visitors per month.  The Mail is a monster of a publication in terms of sheer readers and one might (wrongly) assume that search engine visibility correlates with readership figures.

When it comes to publishing, social shares are king

So what do statistics on search visibility tell us? And just how and why is The Mail Online so far ahead in terms of traffic?  The answer is probably very simple. For one,  perhaps SearchMetrics can’t search visibility score doesn’t fully take into count the huge spikes in search volumes around news celebrity gossip (e.g. the Kardashians) and how these might change on a daily basis vs and the relatively low search volumes around ‘hard news’. The other main reason is that ‘search visibility’, while accurate giving us an indication of how many search terms a site is visible for in Google, it doesn’t take into count traffic from other sources, such as  social media.

The Guardian’s social rank according to SearchMetrics 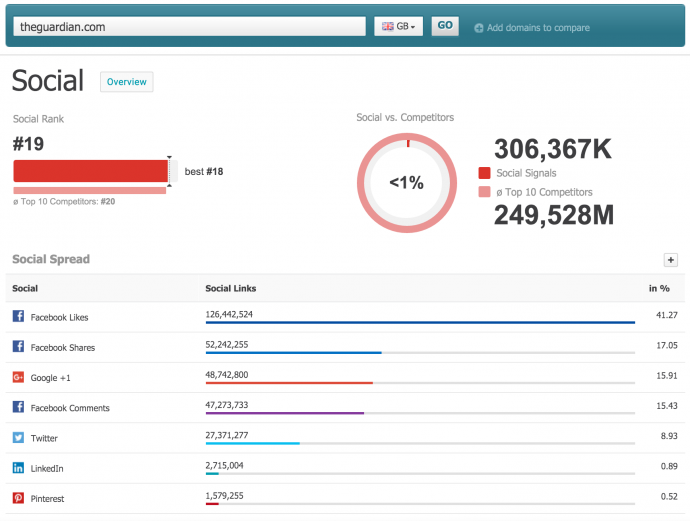 The Mail Online’s social rank according to SearchMetrics 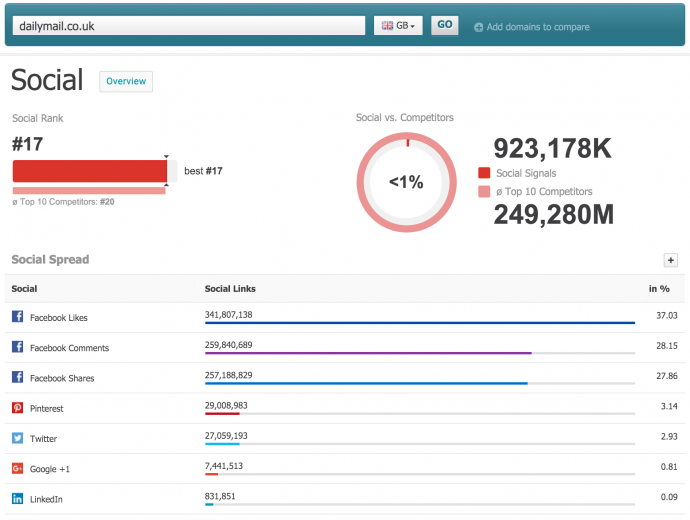 The Mirror’s social rank according to SearchMetrics 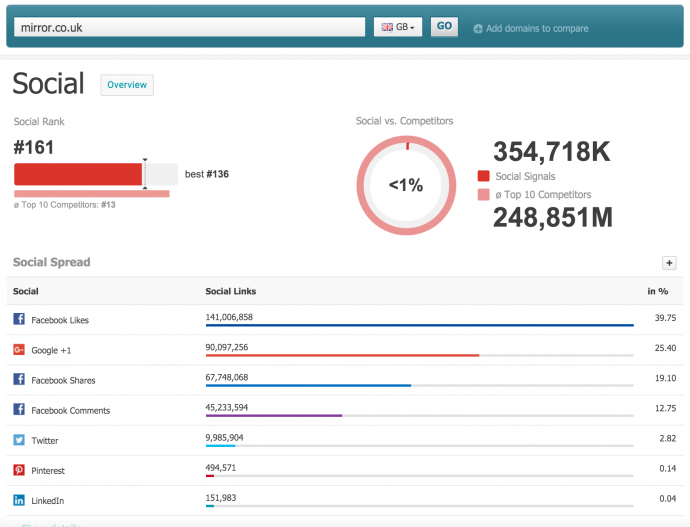 The Telegraph’s social rank according to SearchMetrics 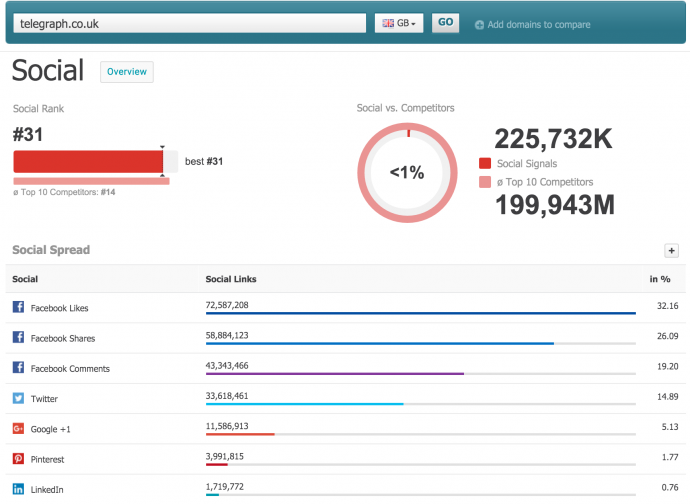 There are other factors to which influence click through rate

Newspapers have always been skilled at writing headlines but the nature of headlines have changed. Headline writers now need to think about search engines and also about writing headlines that will make you want to click. It is not such a simple task but a good headline with improve click through rates.

Just look at this story about a Kardashian. The Mail Online is arguably the king of clickbait and while the Guardian is no slouch either, the newspaper’s more highbrow subject matter is written up in a subtler way.
And then, how the headline appears on page:

The Mail has perfected the art of writing unfeasibly long headlines and then summarising the headlines in a few key bullet points below the initial headline.

Then compare this headline to how the same story appears in social media. This example is how the headline and imagery is presented on Facebook. Everything is designed for maximum click through rate.  The imagery has been selected to fit Facebook’s own formatting guidelines, the word count is perfect and so is the short description which is written underneath.

Clearly the way these headlines are written will influence how many people click on the story. They are crafted, caressed and cajoled into shape for maximum impact.

So there you have it. I bet there are better and more scientific ways to look at search traffic and social media visits, but hopefully this post goes some way to answering why The Guardian might be the king of the search engine but the Mail Online is the King of the internet.

Thanks to SearchMetrics for letting me use their data.