We have had a fantastic 2016 at PR Agency One and what better way to finish the year on a high of festive celebrations and a little bit of gloating as a team.

2016 saw the agency continue to grow, welcoming 11 new recruits to the b2b and consumer teams. We now have so many in the office that James is literally knocking down walls to fit us in – new office party in the New Year – on the new terrace. 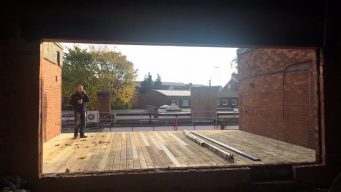 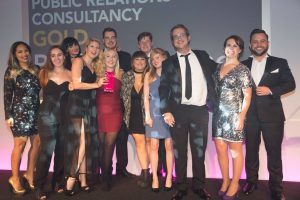 A new tradition for the team is PR Agency One on tour and this year we packed our bags for a little trip to Budapest. We had a fantastic time exploring the old town of Buda and drinking way too much in the ruin bars of Pest. Some of the team had a rough trip back, but you know the old saying, “work hard, play hard”. 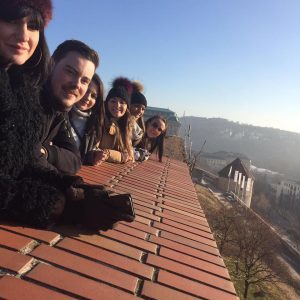 But it’s not just been a great year for us as an agency, some of you clients have done plenty to shout about, and we’ve been lucky to help them along the way.

2016 was an award winning year for PR Agency One

To name just a few highlights, our client Sim Trava was named family business of the year at the FSB awards, Manchester Digital continued to add to the city’s growing digital sector and Tanko Fighting Championships held a fantastic second event.

Also, YMCA carried on making a huge difference, raising important issues particularly around the growing debt burden of students – as well as many other important issues.

One4all Rewards raised its profile further in the last 12 months, speaking at industry events as well as putting more focus on how businesses can improve their customer – and employee – loyalty with better incentive schemes.

This, of course, is just a snapshot of a successful year for everyone we’ve been able to work with, and we know everyone is looking forward to an even better 2017.

As 2016 draws to an end, our office more closely resembles Santa’s grotto and everyone is well into the Christmas spirit. We held our customary Christmas jumper day, and with the exception of a few Grinches (you know who you are) that was a great success.

And like every year we continued to develop as a team by becoming slightly too familiar with the bars and restaurants that Chorlton has to offer – although it’s not done us any harm so far.

As you can tell it’s been a very busy – and exciting – 12 months for the growing PR Agency One team, and our clients, and all that’s left is to wish you all a Merry Christmas, Happy New Year, and we’ll see you all again in 2017.

And if your business/organisation/event needs some help in the new year just get in touch.